I think the Pirate Ship is a dream of everyone who was a kid in late 80s/early 90s. This was time when LEGO introduced the classic Pirates series. I remember staring for hours at set 6285 (Black Seas Barracuda). It was so awesome that for me it become an icon how pirate ship should look like. It is the reason behind why I like to build playable set-like ships instead of realistic ones. This is one of them.

The main motivation to build it was an idea for skull-shaped stern. At that time I had almost no brown bricks (because they were used in huge diorama I will show you soon) so I went for classic red. I like how it look together with black and white. 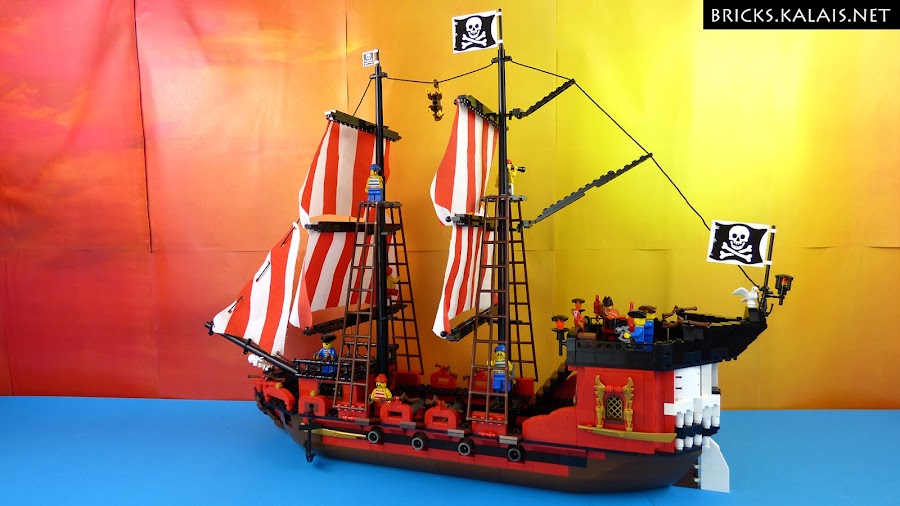 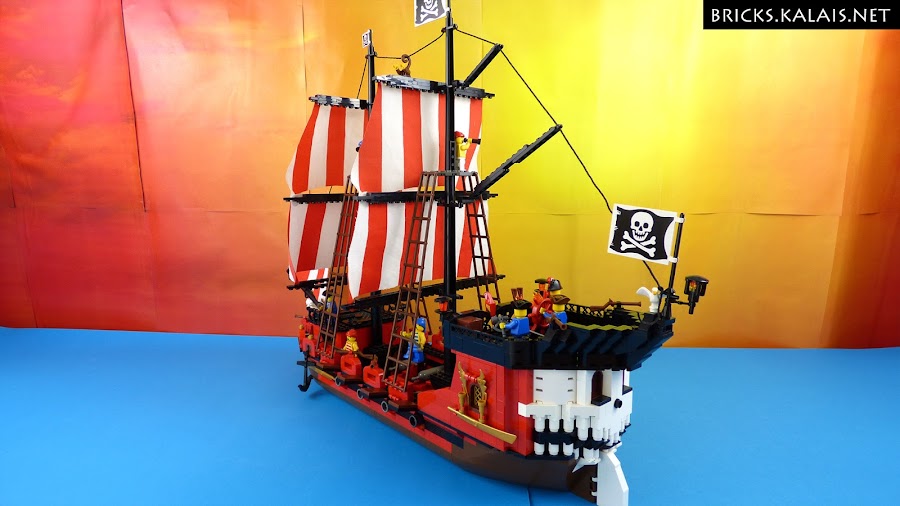 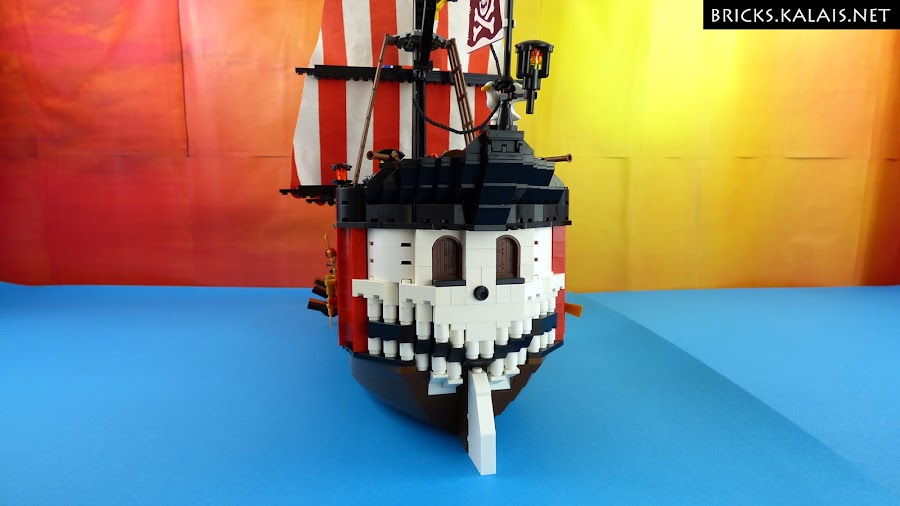 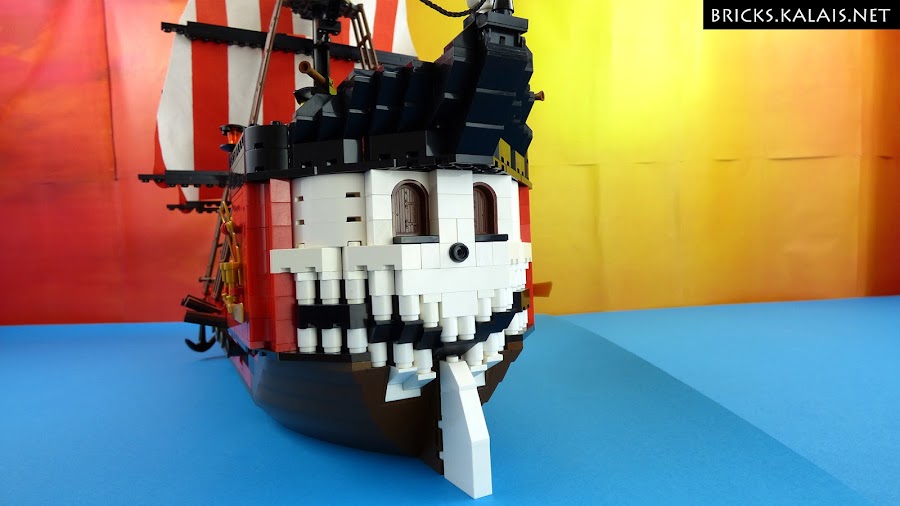 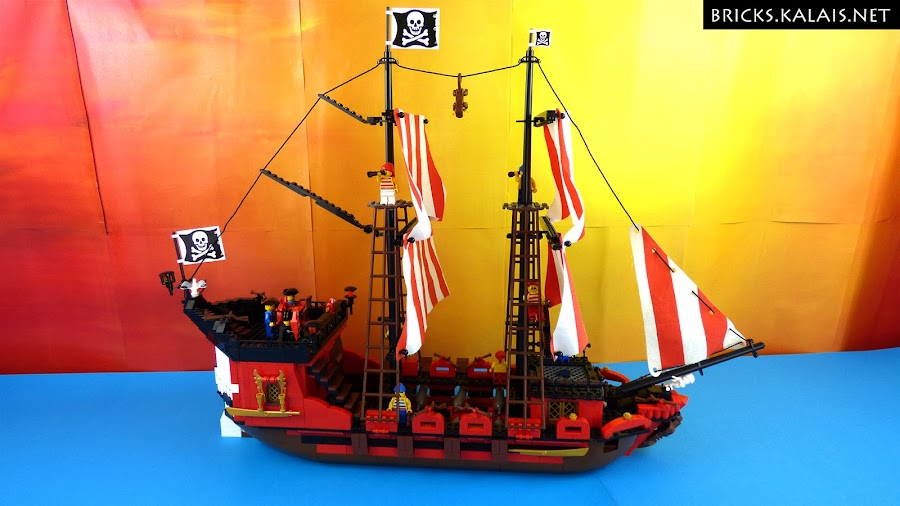 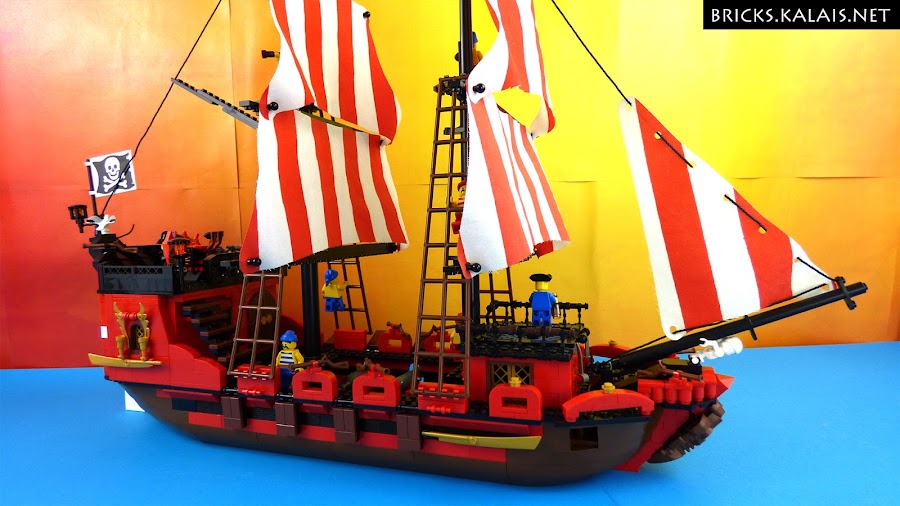 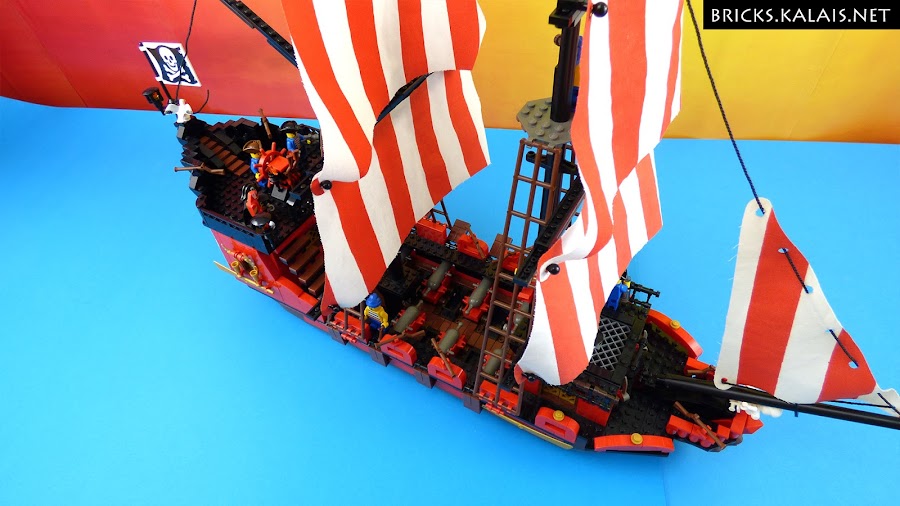 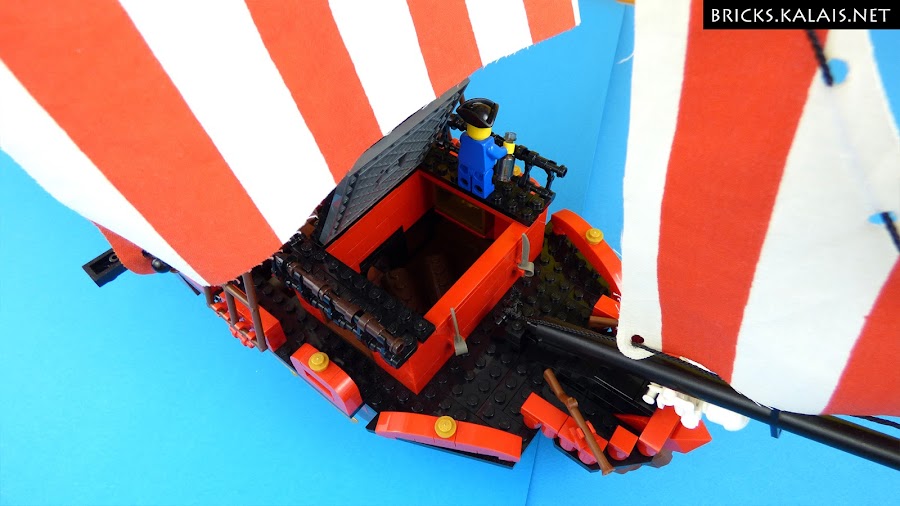 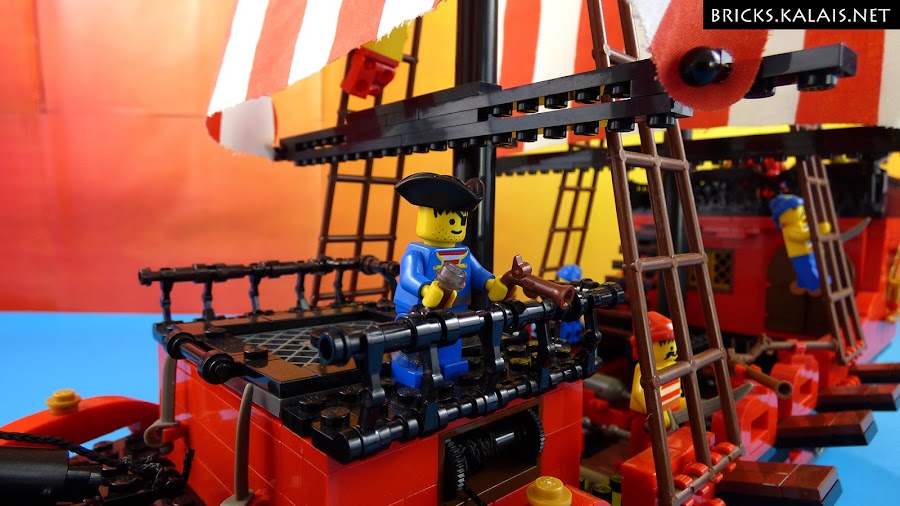 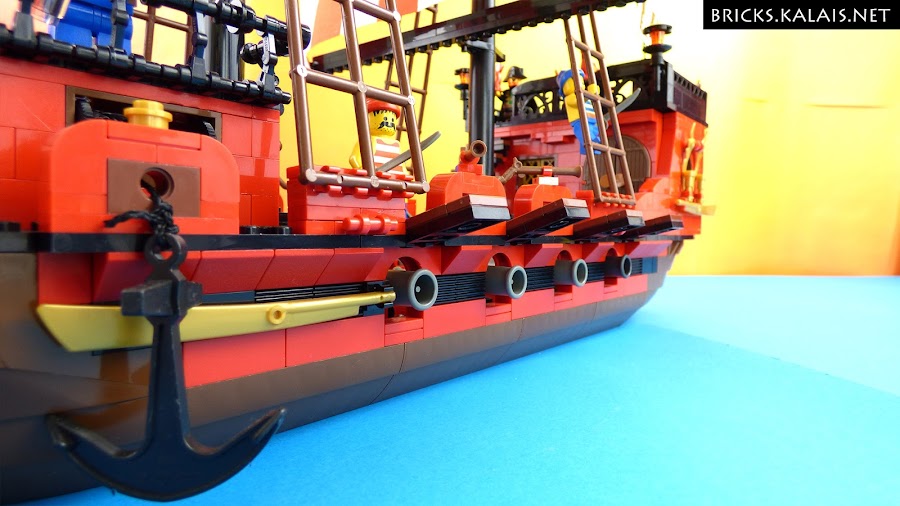 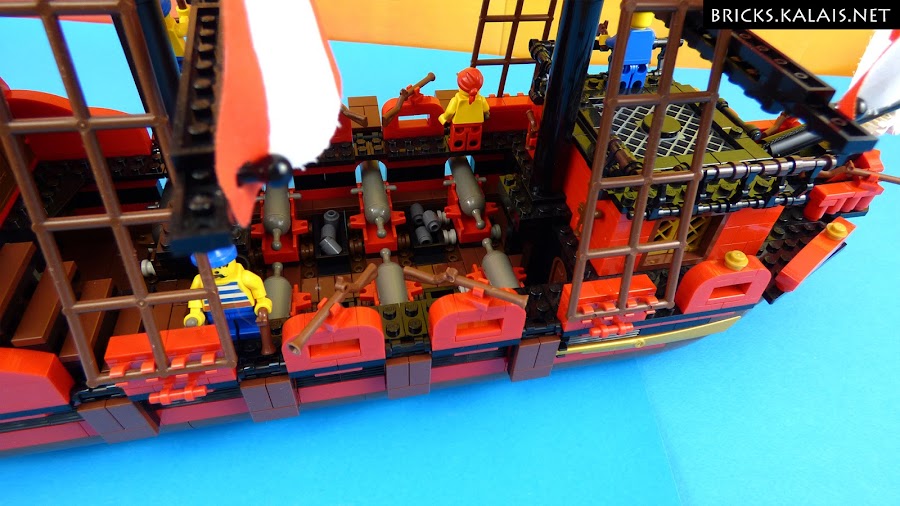 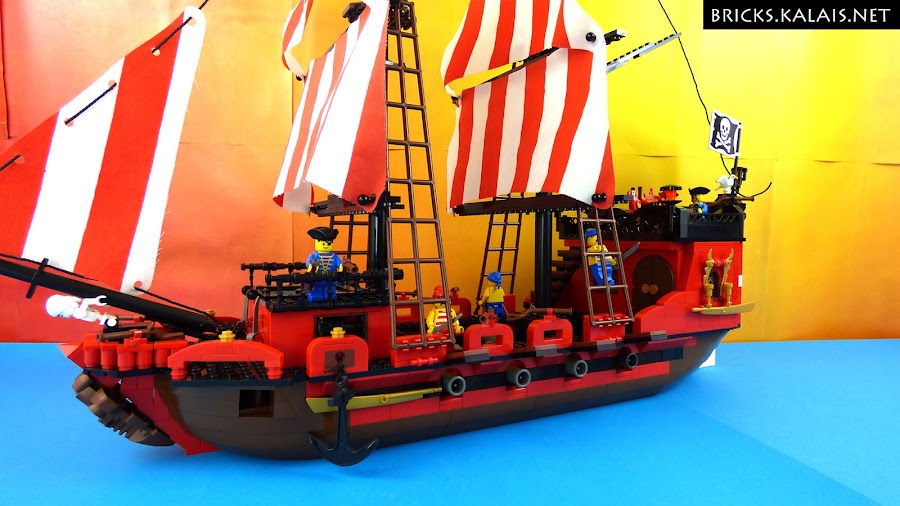 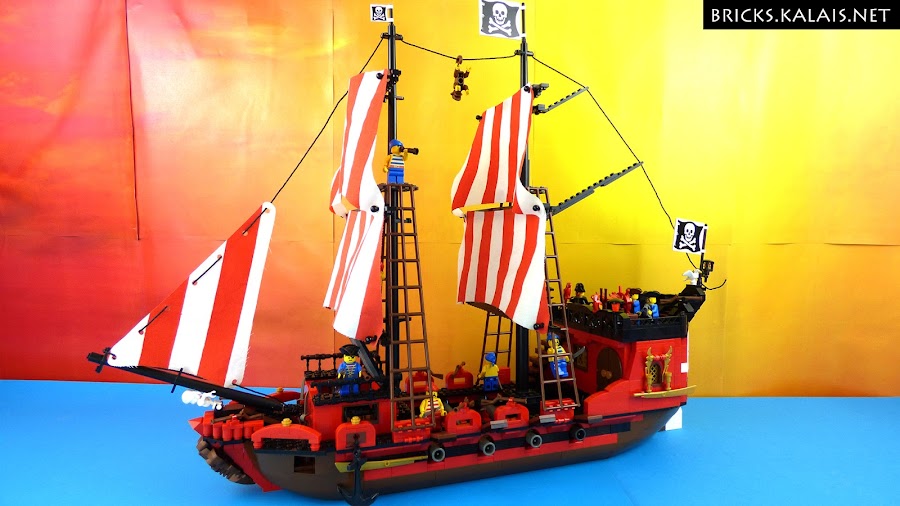 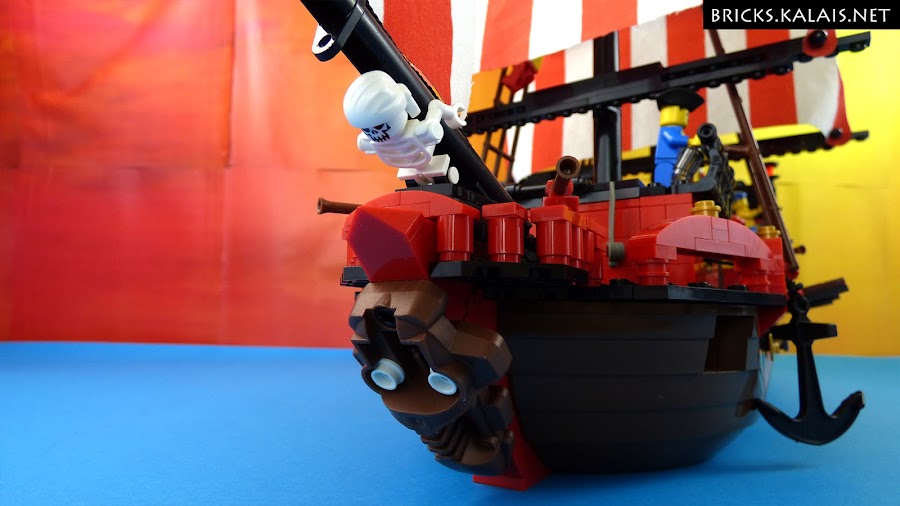 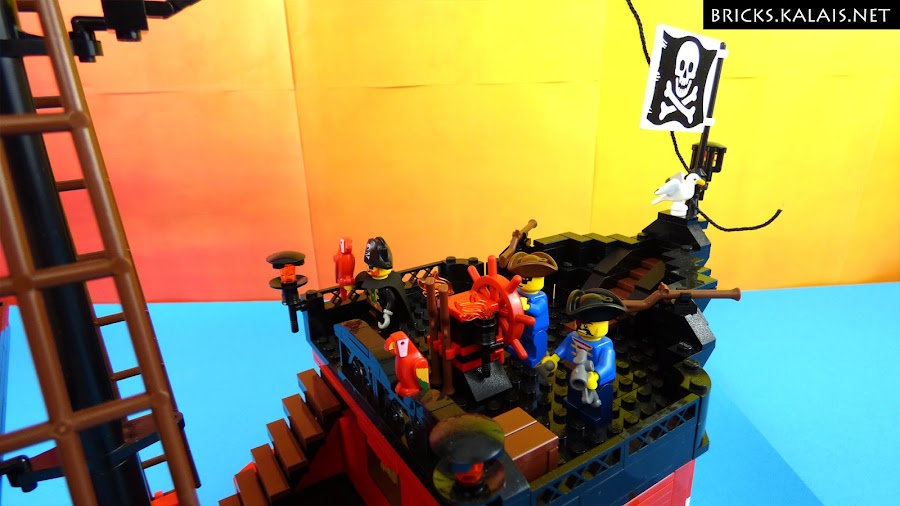 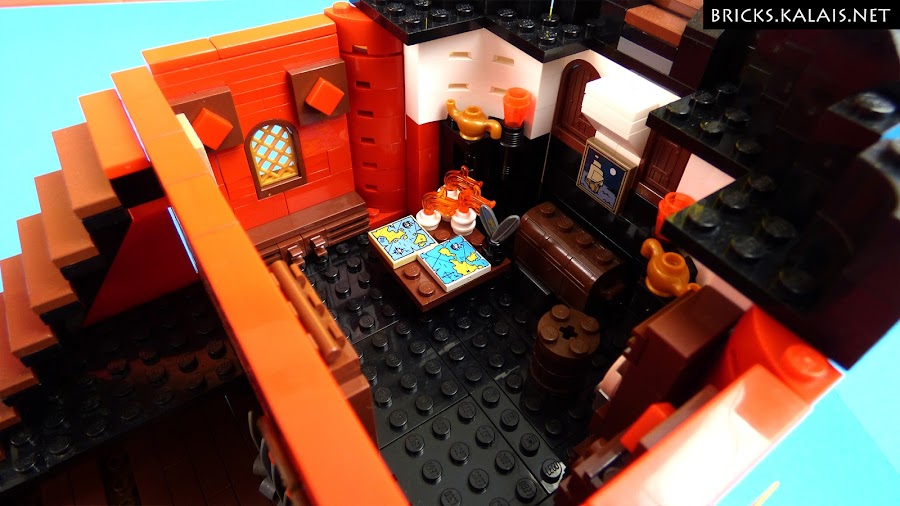 16. You can open the bridge and check out captain's cabin 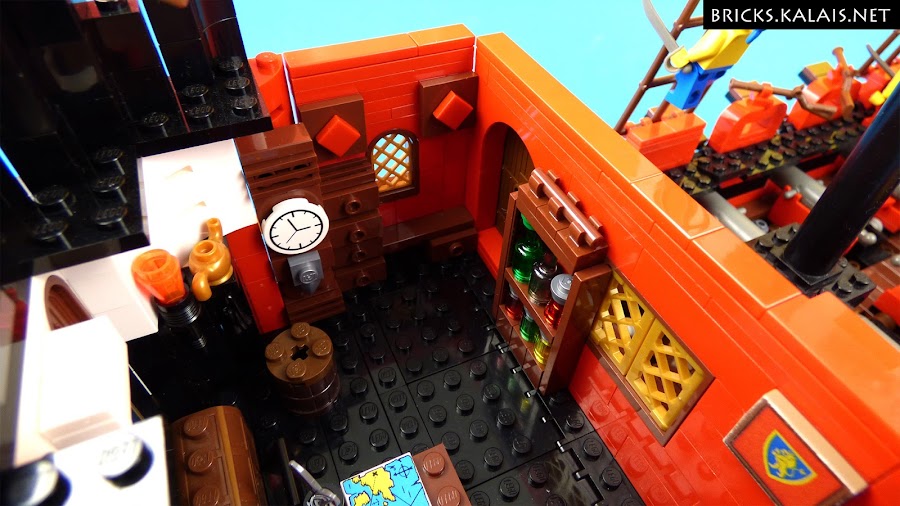 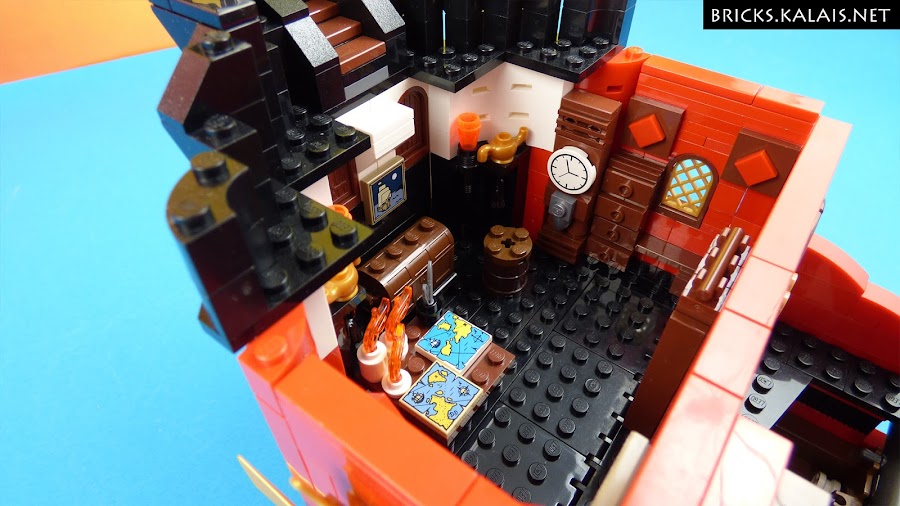 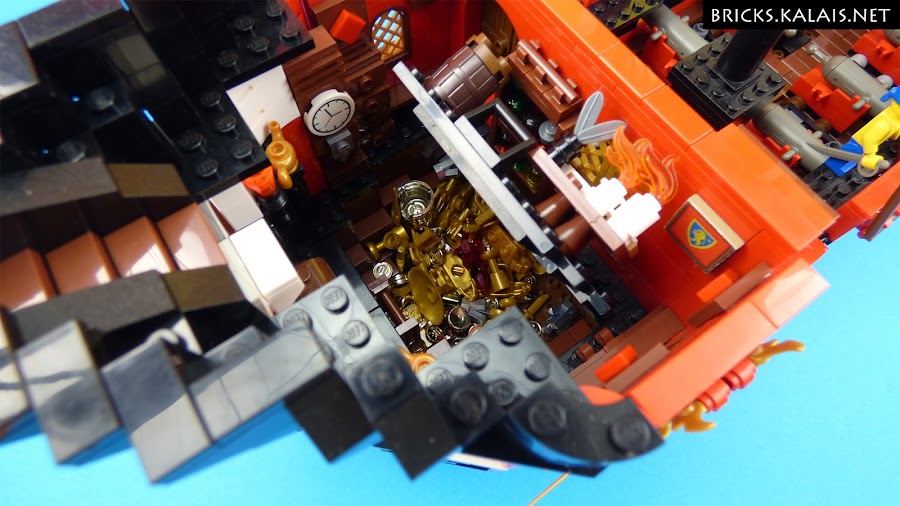 19. And under cabin there is secret treasure room 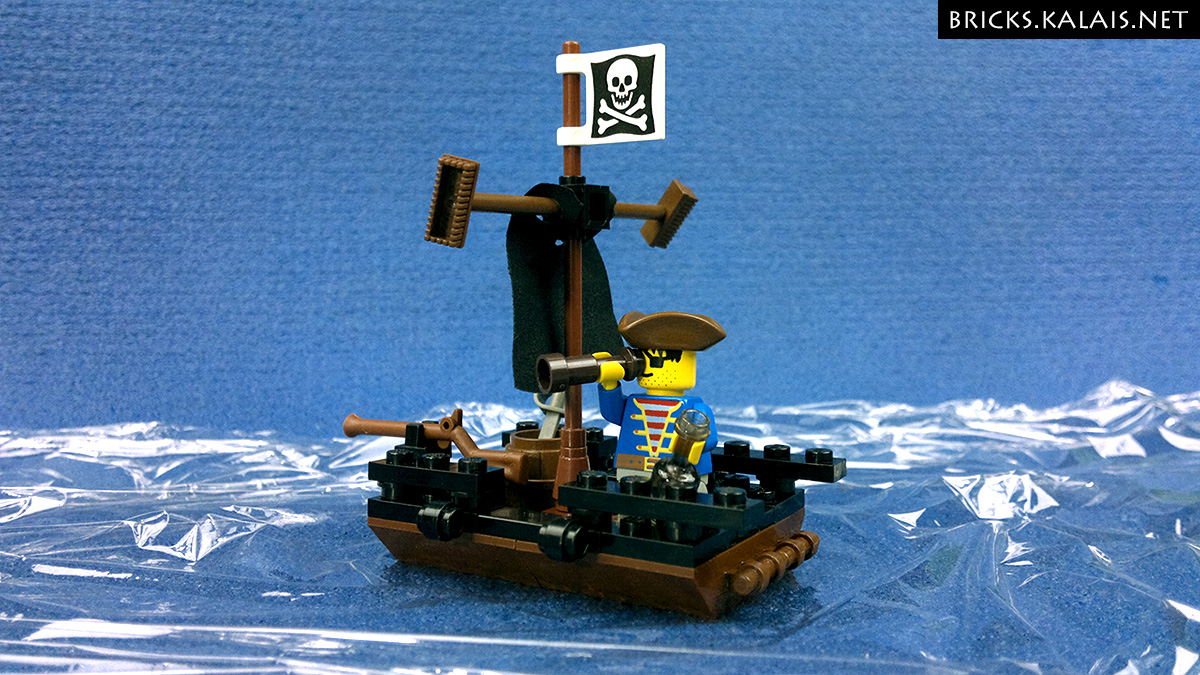 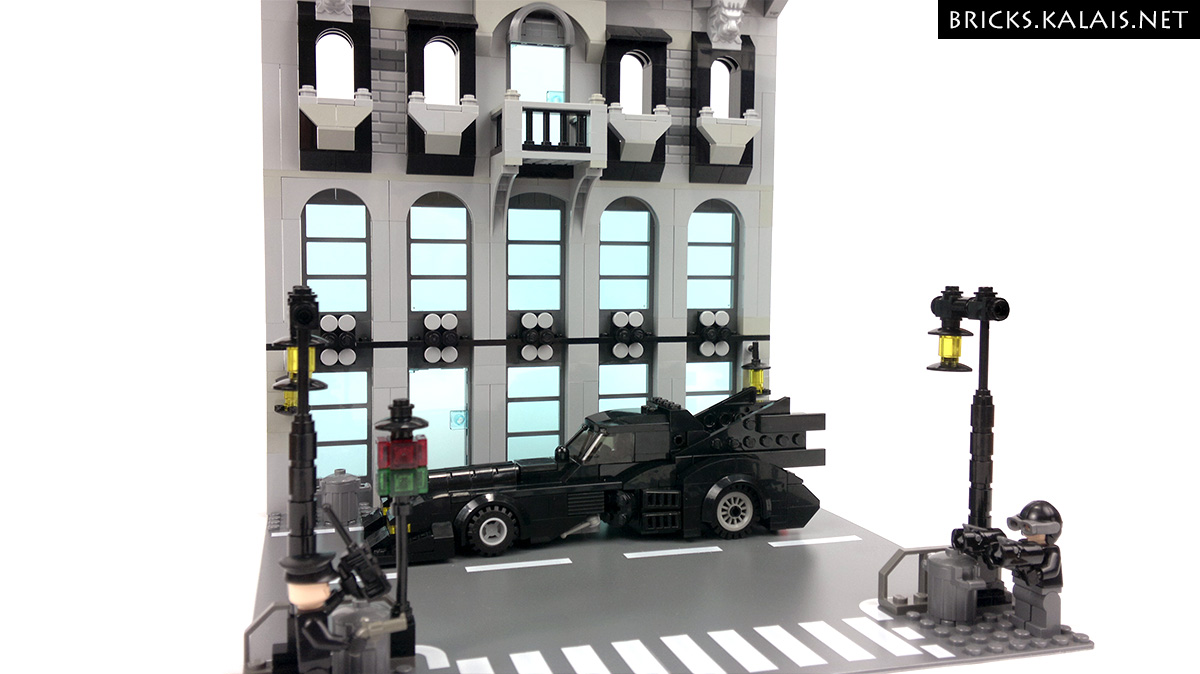 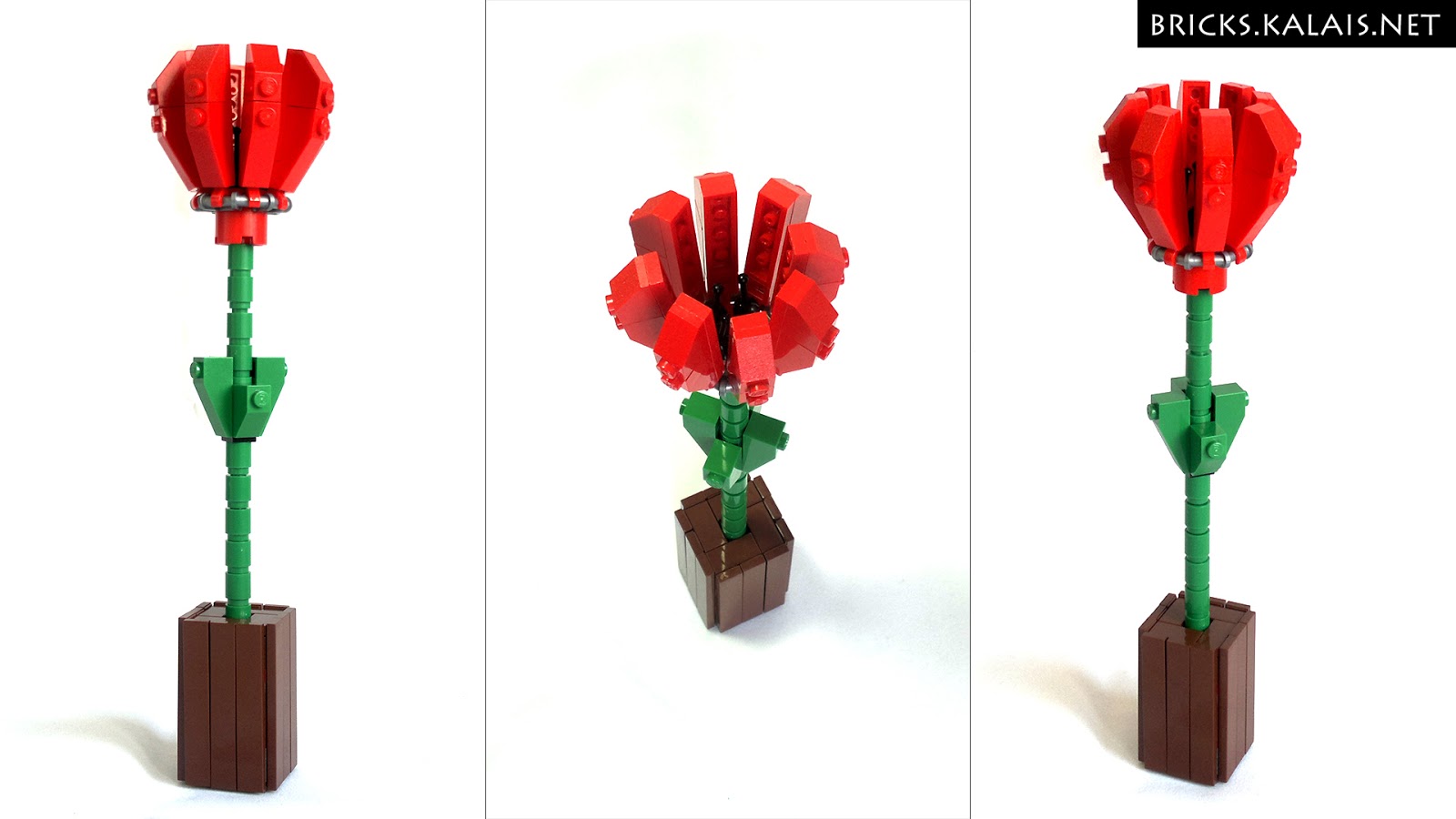